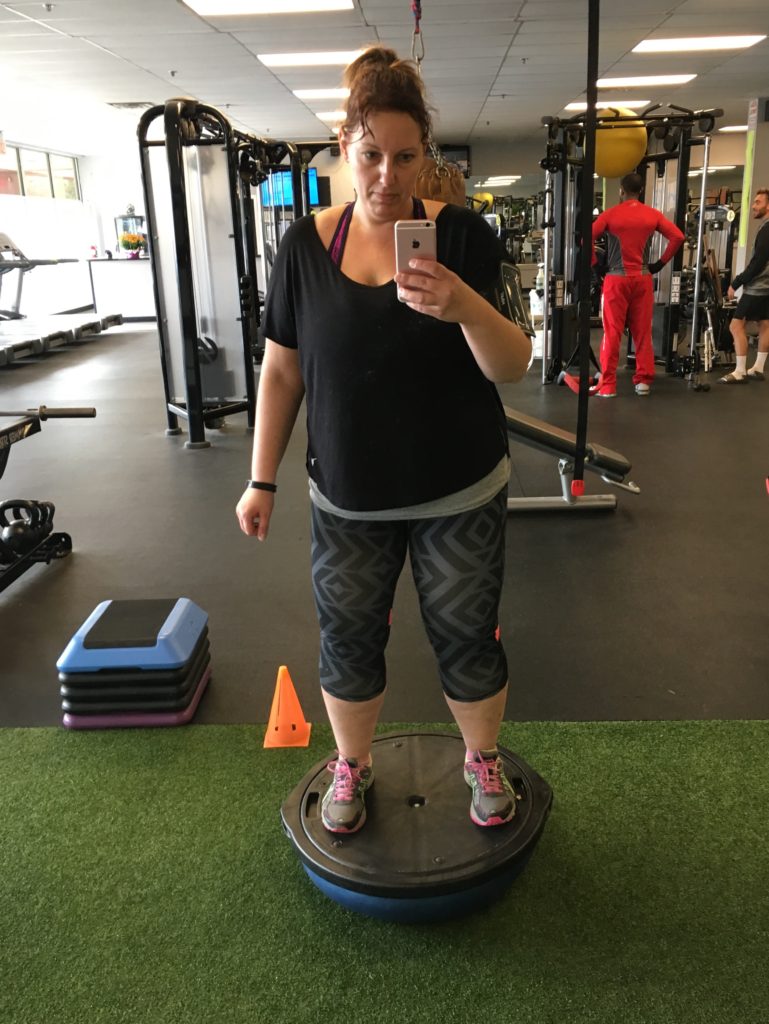 Determined not to give up! I’m not about to let the past year derail my progress. It’s all about working hard and staying focused.

I had an excellent workout yesterday, super sore today!

Apparently September was PCOS awareness month – who knew! I was diagnosed with PCOS in 2005 after 18 months of infertility.  The reason I bring it up now, is because they “say” it can be more difficult for women with PCOS to lose weight. I call bullock. All things are possible with determination and hard work!

For those of you who don’t know what PCOS (Poly Cystic Ovarian Syndrome) is, it’s a hormonal endocrine disorder in women. “There are many signs and symptoms that a woman may experience. Since PCOS cannot be diagnosed with one test alone and symptoms vary from woman to woman, PCOS has been known as the “Silent Killer”. Early diagnosis of PCOS is important as it has been linked to an increased risk for developing several medical risks including insulin resistance, type 2 diabetes, high cholesterol, high blood pressure, and heart disease.” – www.pcosfoundation.org

I know there are many women who can relate.  If I can help just one woman relate or know she’s not alone then I’ve done my job. While I was going through this difficult time of trying to figure out what was wrong, feeling stuck with this huge obstacle ahead of me.  Now, I don’t see it as a road block, just a little set back I have to deal with, if we let every little ailment have an impact on us, we’d never get anywhere.

When all this came about, I had been trying to get pregnant for over a year. I was in a lot of pain, it would come and go, and I had gained a huge amount of weight in a short time. I would go months and months without getting a period (and of course thinking each time omg I could be pregnant, turns out I wasn’t ovulating).

No doubt diet and lack of activity played a big role in my weight gain, but I knew there was something more. My doctor didn’t seem concerned, frankly he seemed annoyed by my questions.

My mom actually found an article and gave it to me.

“Everything she’s describing sounds exactly like you”. I brought it up to my doctor. He said “yeah that could be the source I supposed”. I got blood work, ultrasounds, etc. and sure enough, my insulin levels were all over the place. I met with my doctor, he confirmed it was indeed PCOS. He gave me two options, I could go on Metformin, a diabetes medication to help regulate my insulin and hopefully aid in weight loss….or I could go on Clomid to force my body to ovulate so I had a shot at becoming pregnant. I was so focused on having a baby, I chose Clomid. I took it and became pregnant with Emily the next month.  Some women are not so lucky and it takes longer.  In hindsight, my body would’ve benefited if I had gone the Metformin route and began my weight loss journey then; but maybe I wouldn’t be where I am now.

I am happy to report now, since I’ve lost the weight that I did all my levels are exactly where they should be without any medication.

My message is: Don’t let anything get in your way! You got this! 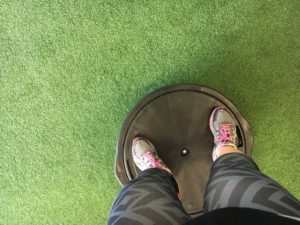